So, wtf is VoltRpc. Well as the name implies it is an RPC library, allowing a client to call a method on a server.

But why build another RPC library? Well for a few reasons, but the main ones include:

One of the main issues that I had with many .NET RPC libraries is that many of them are slow. For what I am using them for the ideal speed would be few MS. But as we can see from the benchmarks, it’s even faster than a few MS. 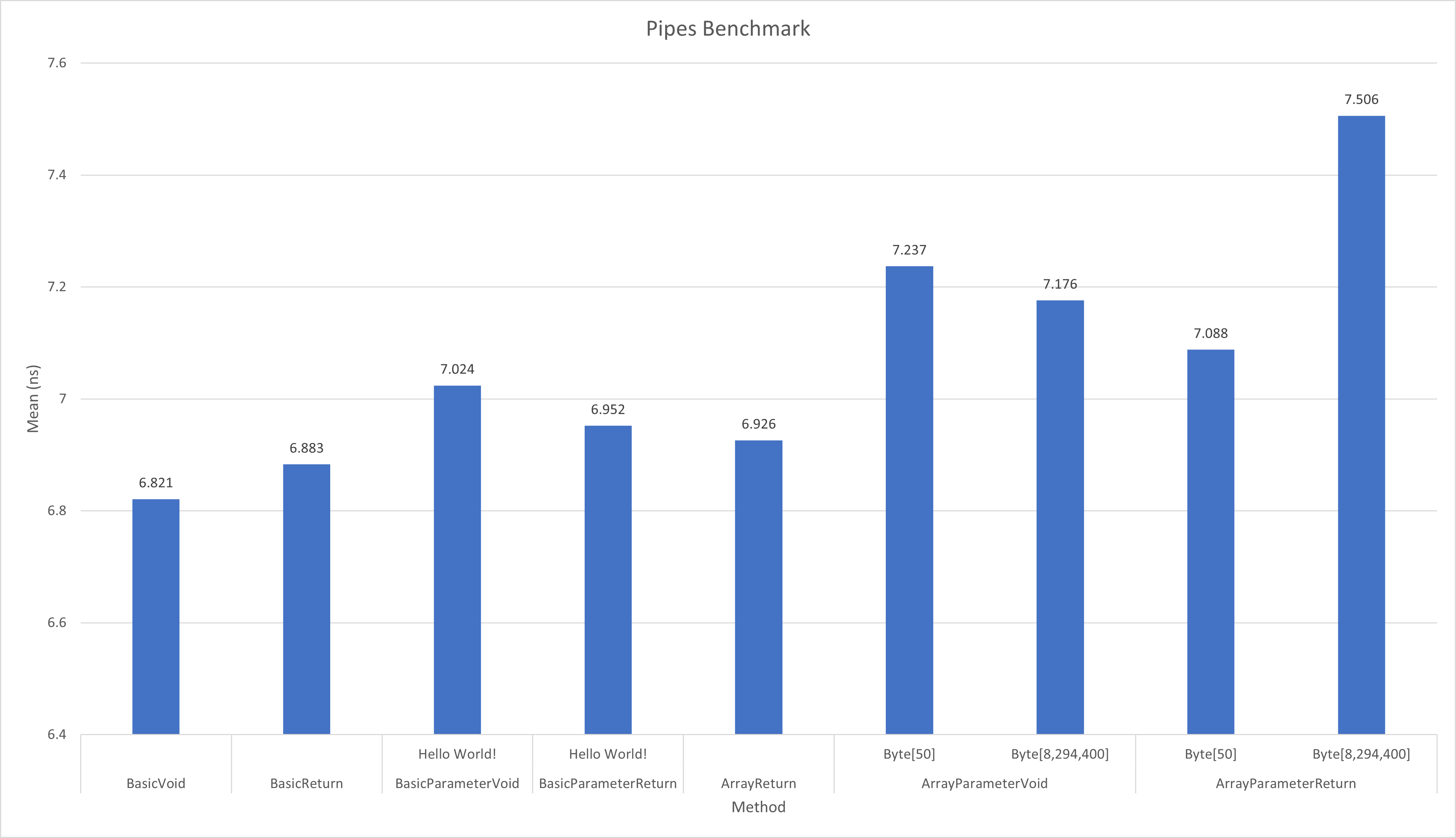 Another thing I wanted was to have minimal dependencies. Many RPC libraries assume that you are going to use ASP.NET (which is fair enough, that is where it is mainly used), and as such, they have a hard dependency on ASP.NET.

I don’t want to set up my project as an ASP.NET Core project and distribute it like that, because that would mean a slower start-up speed as well as hundreds of different DLLs to include in a final process just to provide support to another process.

This is a big one for me. Many of the existing libraries use a dynamic generator for its proxy. While this is convenient for the end developer, it is annoying the moment you need to do anything with trimming or AOT.

The .NET trimmer relies on statically analysing code, as well as a few attributes to mark something is being used dynamically. However, I always found this was a piece of shit to do, to go around marking attributes on everything, and half the time it still didn’t even work, on top of that this still doesn’t fix AOT.

One of the solution to get around both of these issues is to just do it at compile time, and with the introduction of .NET Source generators last year, it is now easier to do. Generating code at compile time not only fixes trimming (since the analyser can now see the final outputted code), but as well AOT.

So VoltRpc also has a .NET Source generator to generate all the proxy code.

I will say one thing about the VoltRpc generator, this is the first time I’ve ever programmed using Roslyn (Where .NET Source generators are executed), so there is probably shittness in the code. If you gotta problem with any of the code, please just open an issue explaining why or if you really feel nice submit a PR.

Using VoltRpc is easy. You can install it as a NuGet package.

You can use the command below to install it:

VoltRpc was built by me to use in another project, and that project being UnityWebBrowser.

A lot of work has been done to my Unity Web Browser and one of these changes was to use a RPC library in favour of ZMQ.

You can use that project for a more in-depth usage example.

The second major version of Unity Web Browser (UWB) is now here, with enormous amounts of changes and improvements done to it.

Over the past couple of days I have been experimenting with DocFX V3, and I decided on making a quick post on using it, as there doesn’t seem to be much else out there on V3.